Peace Within is Success

The Handshake friend or foe – etiquette and customs – You might be surprised by the history behind it.

Back in 2014 A friend asked me to write a blog on Handshake etiquette.    “Handshake Friend or Foe” to my great surprise, it got published on Linked In Pulse.  I decided it would be a great blog to re-post and also note, the video of Donald Trump – At the time, I had no idea that he would even be running for President!

Leave a comment telling us your opinions and experiences regarding handshake friend or foe – etiquette and customs.

The first thing I discovered is that there is a lot of ritual and societal preferences on The Handshake.  My first stop was Wikipedia!  Then I moved onto several blogs that were mostly comprised of Anti-Shaking sentiment, because of germ transference.   But I believe that removing handshakes from our societal ritual would only separate us further from each other.  A handshake can relay so much information and build a foundation of trust and friendship,  it would be a shame to get rid of this friendly custom.

According to Wikipedia; Archaeological ruins and ancient texts show that handshaking was practiced in ancient Greece as far back as the 5th century BC. It was thought to be a gesture of peace, by demonstrating that the hand holds no weapon.

In some cultures it’s rude to shake hands with a woman first.  Others never shake hands, but bow, or clasp their own hands and bow in the Namaste gesture or clasp the upper arms of the person and kiss each cheek.  I discovered that in most Asian cultures a firm or hard handshake is considered rude. Here in the United States, a limp or soft handshake is a sign of weakness.

To my personal satisfaction, I also discovered that there is a name for the particular style of Handshake I normally deploy… the Hand Hug.  That’s where you shake hands and use your free hand to cover the clasped hands.  I think I do this because Hugging is not always acceptable and it’s the closest thing I can do to a hug.  I cringed reading about this, because apparently this is the preferred Handshake of politicians, conveying friendship, warmth and trust.  Yikes!!  Who would have thunk it?

No matter the culture, a handshake is a sign of greeting, congratulations, parting, gratitude, agreement and good sportsmanship.

So how can a simple Handshake convey, friendship, trust, strength or weakness.  And just as importantly how can it help you in a social situation.  First I want to say that the following observations are based on the customs in the United States of which I personally am familiar and have much experience.

So what does a Handshake mean to us?

I personally do not judge a person completely based on a Handshake, but I do file the information in a mental file cabinet for future use.  I must admit, that the above descriptions have been about 90% accurate in my experience.  So I believe that there is something to this.

I also utilize the information gathered from a Handshake as to how I will conduct myself in the social or professional environment I am in.  I have a naturally loud, outspoken and sometimes over friendly personality.  If someone shakes my hand with a very soft or limp gesture, I will tone myself down just a bit, so as not to make that person uncomfortable.  On the other hand, if someone really gives me a firm or hard Handshake, I open up just a bit more.  I viscerally understand that this person can handle my exuberant personality and chances are we will connect quickly.

The argument comes into play that a person can “Fake” a Handshake.  OK, that’s true, but even that reveals information about that person that may be helpful for you to understand them better.  More often than not a person “Trying” to have a Firm Handshake is doing just that.  It does not feel natural, if you pay attention, you can usually tell.  That does not mean a person is untrustworthy, it just means they are unconsciously or consciously trying to convey information about themselves.

Think about it.  The last time you were in a job interview.  Did you not consciously grasp the interviewers hand firmly and with great purpose conveying that you were the right person for the job?  Or perhaps at a gathering of unfamiliar individuals, you were a bit shy and when introduced, you lightened up your Handshake to convey something like “Take it easy, I am new here.”  It’s not deception, it’s what you are trying to convey.  I understand the super hard handshake could also be conveying lack of trust, as when you’re making a deal on a car.  Your handshake may be very firm to convey “Don’t you mess with me buddy!”

Donald Trump has a unique Pull-In style when forced to shake hands.  He will grasp onto your hand and with a jerk, pull the person towards him in a pretty aggressive manner.  Check out this video.  DONALD TRUMP VIDEO   To me he is conveying how powerful and bad ass he thinks he is and he wants you to know it too.   He may be one bad ass businessman but he has little confidence in himself as a person.  He demonstrates his power to compensate for his insecurity.  I think if I ever actually met him and he did that to me, I would pull right in and give him a hug!  Wonder how he would react?  But I digress…

In conclusion, my vote is to keep the handshake and be damned with the germs.  We have antibacterial gel to compensate…so no worries.  Between connecting with other human beings and the information you can attain by this simple gesture, it’s more than worth the possibility of catch a cold.   Or better yet, let’s upgrade to hugs every time!  That’s my preferred form of greeting.  However, I have to be careful and ask permission first, because our society does not appreciate that much invasion of space without prior consent. 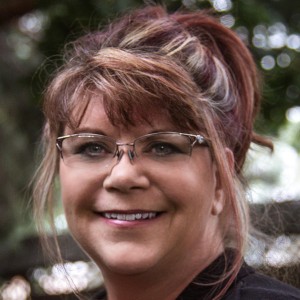